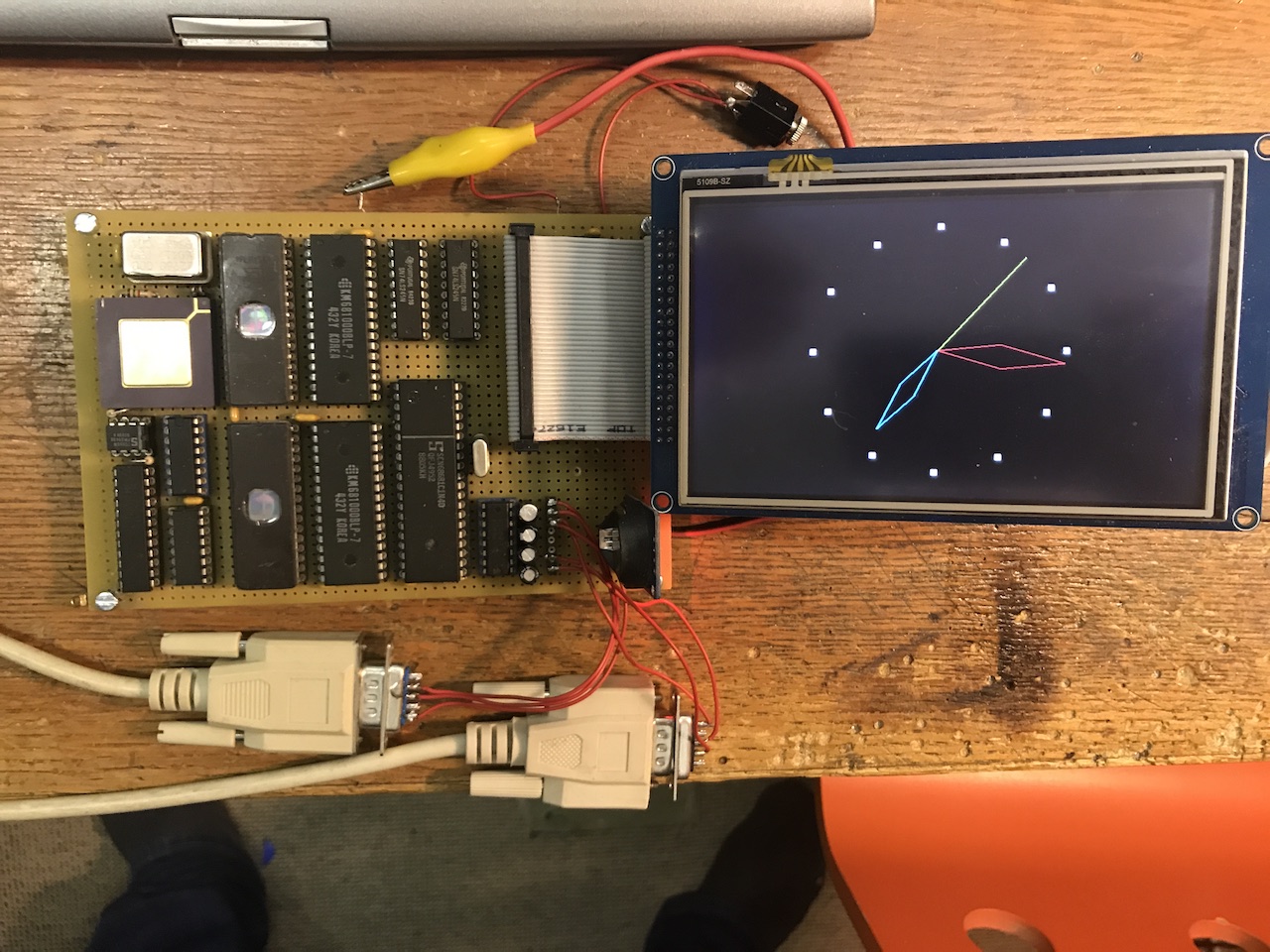 The board is running the monitor you can find under software, as well as OS9 (v2.3). Note however, that the sc68681 driver in v2.3/v2.4 only can handle 1 serial port and no ticker because the common registers in the chip are not shared via M$DevCon. In OS9 3.3 this is done, so I use this driver (see OS9 Insights by Peter C. Dibble). Also, setime in v2.3/4 is not Y2K proof, so I use the 3.3 version. In general I keep v2.4 however, because in v3.3 all programs and tools are much larger.

In the latest version I included a SPI interfacing using CE/DO/CLK as outputs and DI as input on the 68681. I wrote a KISS driver for an older SD-card and now my system has an flashdrive of 230 MB! Not very fast but still..

The thing is build as always on experiment board using 0.2mm wire. For 5V I use red insulated wire, and for ground the blue. Thicker wire capable of handling a little current, but also to recognize the board and chip layout at the underside.

The ds1302 RTC and the 32.368 kHz xtal are SMD type and The board runs on 12.960 MHz because this oscillator I had lying around. On 16MHz it runs but crashes too often. Probably because of the accesstimes of mainly the eprom. Increasing the delaytime for dtack in the GAL (20V8) could solve this, but I have not experimented further with this.

In the latest version I changed the IO chips to an 68681 (terminal, OS9-networking, timer/ticker and interface to I2C and SPI), and a 6840 programmable timer. Also, I included a delay for the rom with an 74164, but no result: still the highes relyable frequency of operation is 12.9 MHz. At 14 MHz it crashes already…

The source code for the GAL is available as download.