This 80 meter transceiver design was published in the magazine of the Dutch radio amateur society, Electron of may 2005.

It is a DSB transceiver with an output of 5W. It is build around 8 noval tubes of the EF/EL series using a lot of material from Amroh, a form manufacturer of electronic components in the Netherland. 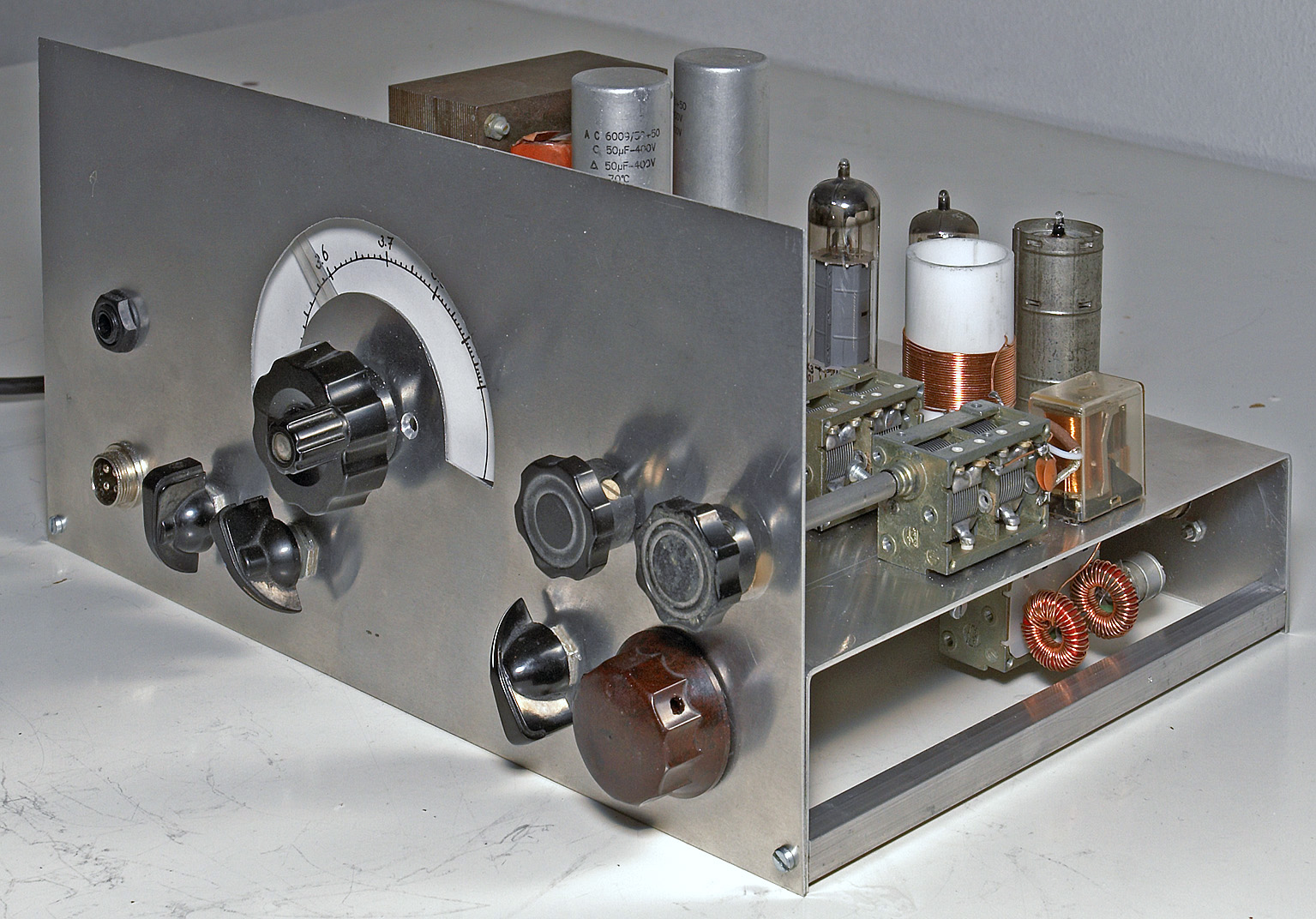 The RF frontend consists of a tunable bandfilter at 80 meters, followed by an EF184 penthode mixer. The vco is build around an ECC81, one half of whis is the oscillator from 3.5-4 MHz, and the other half functions as buffer. The audio from the mixer is lowpass filtered and amplified by an ECL 82.

When transmitting, the vco is fed in phase into the balanced mixer consisting of an ECC81. The microphone signal is first amplified by an ECC83 or so, and than fed out of phase into the two halves of the mixer. The potmeter between the two anodes of the mixer triodes is brought out to the frontpanel and is adjusted so that the carrier is maximally suppressed. The phase shifting of the audio is done with an ordinary miniature 220 to 6+6V transformer. The DSB output of the balance mixer is amplified up to 5W using an EF80 followed by an EL84. The tank coil is made out of a Pritt stift. 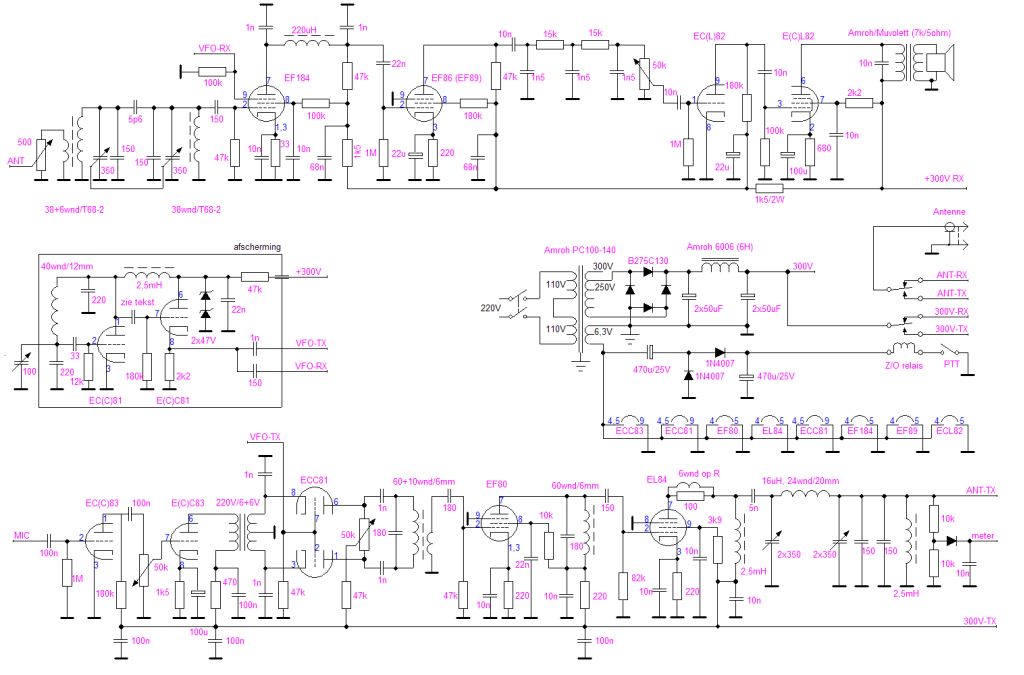 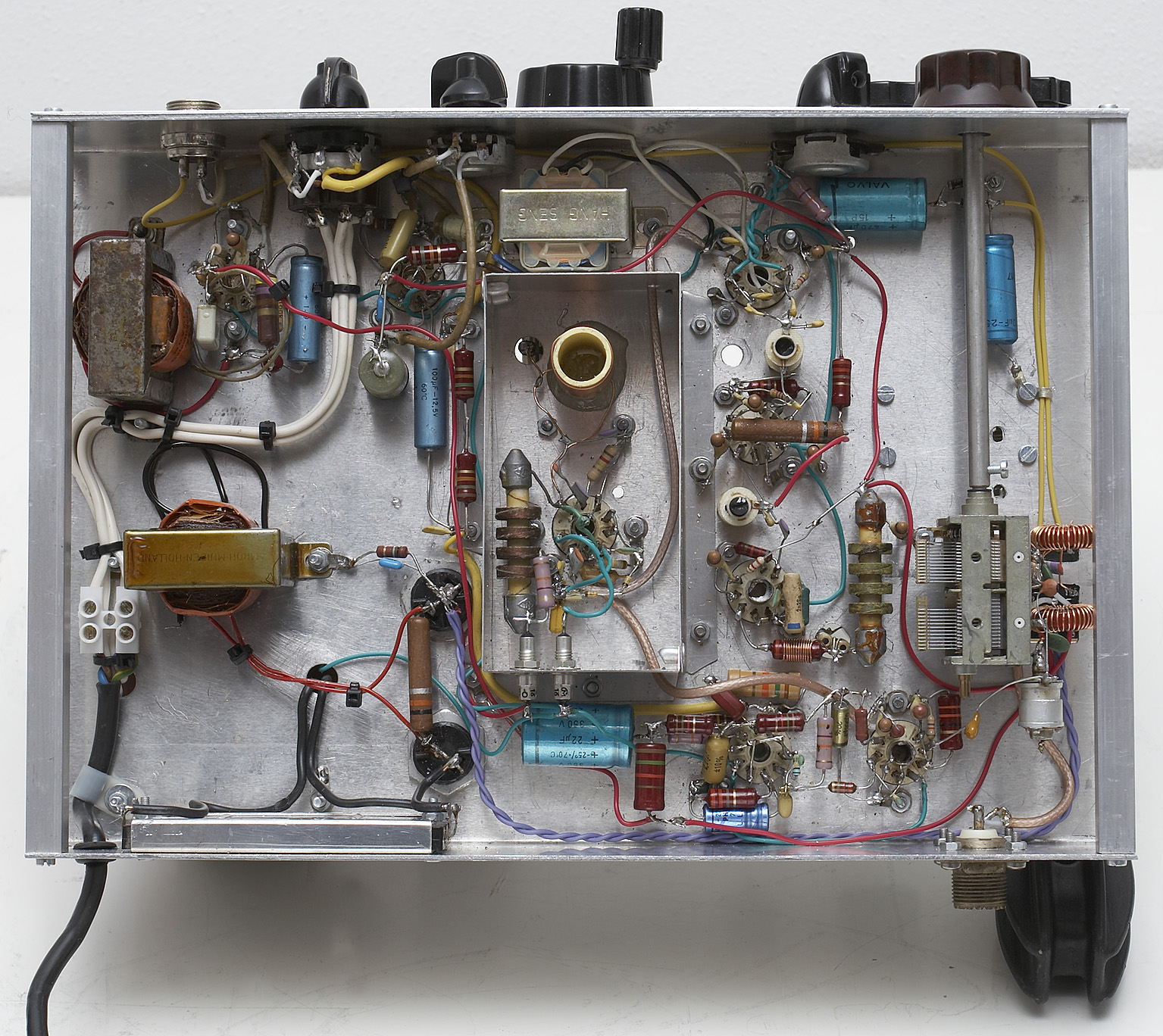